The importance of dreams and the process of psychotherapy 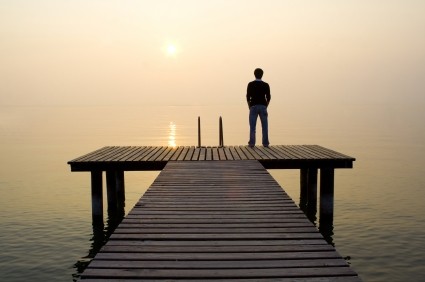 The role of dreams, and the importance of the analysis of dreams, is given greater or lesser attention in any given psychotherapy process, depending on the school, or schools, of thought which influence how a particular psychotherapist works. Added to this, it is not everyone’s natural inclination to bring dreams into the therapy session, and there can be a feeling of resistance or a defensive lack of interest in dreams.

Whether dreams play a central role in anyone’s therapy process or not, it can’t be denied that they are a crucial part of living. Dreams are what and how we think when we are asleep. They relate closely to what and how we think when we are awake, although this is often not clear when we wake from a dream. It is also often the case that on waking from a dream we are filled with a feeling that certainly wasn’t there, or wasn’t necessarily there, when we went to sleep. Such feelings as fear, anger, sadness, shame, confusion and panic can often accompany the sleeper as he or she emerges from a dream. And so it seems clear that there is something about dreams that relates very closely to who we are as people, and to what is happening now, and what happened in the past.

Sometimes we find it difficult to think about our dreams, because unlike our daily thoughts, dreams are not regulated by the same kind of internal control or censorship, and so we may find that our dreams take us to places that we would prefer not to go. For these reasons, although we may struggle to acknowledge it, dreams can play a central role in any therapy that hopes to deepen and enrich our understandings of ourselves.

Although thinking and theorizing about the analysis of dreams predates Sigmund Freud, he is considered the pioneer in the development of understandings relating to the meaningfulness of dreams. Freud delivered dreams to their rightful place in terms of psychological theory, with his statement that dreams are the “royal road” to the unconscious mind. Dreams, for Freud, represented a portion of human existence which conveys to the waking mind those parts of our lives which we struggle to think about. In Freud’s day the emphasis was on repressed impulses, such as sexual and aggressive impulses, which, if we were to think about them during the course of waking life, would cause us to feel shame. In light of this Freud defined dreams as activities of the mind which are primarily about the fulfillment of a wish; to be able to experience, feel and enact something that we otherwise might prohibit in the course of waking life.

Although the landscape of psychology has changed considerably since Freud’s times, his insights remain invaluable as we continue to think about the activities of the human mind. Current psychotherapeutic work, especially work that is less influenced by Freud’s thinking, would tend to give less consideration to the notion that dreams are about one particular purpose, such as wish fulfillment, and that they are an essential meaning-making activity from which we can learn a lot. It is often noted that when we dream, the images and objects in the dream sometimes make little sense to us; it is as if they belong to different and foreign world.

The word used most commonly to capture this experience is that of “symbolism”. Just as in everyday life we may use a simile or a metaphor to say what something is like by comparing it to something else, so do dreams give us a visual representation which is aimed at revealing to the conscious mind what something is “like”. And so the deep dark ocean, the snake, the rising sun, the falling airplane, the unbridled racing horse, represent something of our experience of ourselves within our world, by conveying a sense of what it is like to feel like we what feel within ourselves.

Very often, and echoing Freud’s thoughts, dreams consist of activities, images, desires, fears, memories and thoughts which we struggle to allow ourselves to experience consciously. That which causes too much discomfort to think about can find its way into a dream, where it represents itself in a symbolized form, for us to make meaning out of. Importantly, in terms of the process of psychotherapy as it is thought about currently, this process of making meaning out of a dream’s content is not reliant on an “expert analyst” who knows what all the symbols mean and is able to tell the patient what their dream is trying to say. Rather, the process of thinking about dreams is entirely a part of the relationship between the therapist and the patient. It exists in the same context of trust, in which the patient, in describing their dream, will be influenced by the extent to which they feel safe enough to talk about the difficult and potentially painful and unsettling dream content. The patient and therapist will then work together, thinking very carefully about the dream. The words used to describe the images in the dream, the images themselves, the atmosphere in the dream, the size and shape of rooms, the position of the sun, the particular colour of the walls, what the patient was wearing if he or she was present in the dream. All of these and countless more minute details which form part of the universe of each dream will be spoken about in an effort to derive a complete picture of the dream.

In the process of trying to understand the dream, the patient and therapist would wonder about what each part of the dream means, for the patient him or herself. With this in mind we are thinking about the “associated” thoughts and memories. This makes me think of that, and that makes me think of that. Through the process of thinking about the associations to the dream we are sometimes able to penetrate the layers of symbolism and get to a clearer sense of the dream’s message. Sometimes we are quite fortunate in having experienced a dream which itself seems quite clear, which we can recall clearly, and which we have a very strong feeling about, in terms of what it means for us. Of course it is very often the case that our memories of dreams are vague and confusing, and we are sometimes able to recall nothing more than a single image. That’s also part of the process, and usually represents the notion that we are trying to develop a closer relationship with our dreams, but something is making it difficult for us to do so. Some part of us is resisting our knowing about another part of us.

Psychoanalytic psychotherapy speaks about this in terms of the role of the defences to keep certain thoughts and feelings in the unconscious, typically because the emergence of such thoughts and feelings into the conscious mind could cause pain, anxiety, shame, and a recollection of memories which we have tried to put away. Freud himself suggested that the resistance to recalling dreams, the resistance to understanding that which we recollect, and even the fact of waking from the dream, bringing the dream to a definitive end, forms a crucial component of what we think about when we think about dreams in the context of psychotherapy.

The aim of such work, as I see it, is not only to explore and deepen the meaning which we make of ourselves as we live our lives, but also to free ourselves up, to become able to think about ourselves in a more accepting, compassionate and open way. This process could and often does impact positively on how we relate to ourselves and others in our lives.

Additional Reading:
The Interpretation of Dreams by Sigmund Freud
Dreams by Carl Jung
Awakening the Dreamer by P. Bromberg
Standing in the Spaces: Essays on Clinical Process, Trauma and Dissociation by P. Bromberg
Bringing in the dreamer: Some reflections on Dreamwork by P. Bromberg
On being one’s dreams by P. Bromberg
Tracks in the Wilderness of Dreaming by R. Bosnak