The A-B-C of Managing Negative Behaviour

Why do behaviours occur?

Generally there are 4 main reasons why behaviours occur:

Ultimately all these reasons serve to ‘communicate’ something. Communicating that you need more attention (reason 1), feel uneasy/ unwell in your body (reason 2), feel uneasy in your immediate environment and want to escape it (reason 3), or communicate that you want something (reason 4). 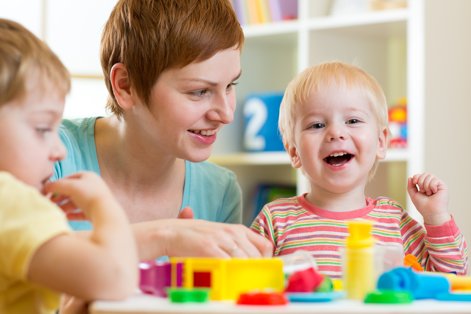 Human beings do not always communicate their thoughts and feelings through words. Often communication occurs through behaviour. In fact, the majority of communication is not verbal and in many cases, the nonverbal aspect of language is far greater than the verbal aspect. This is particularly true in children, many of whom have not yet developed their verbal skills fully. Behaviour can thus be used to communicate both positive and negative thoughts and feelings. Given their difficulties with communicating effectively, children with developmental delays and learning difficulties (including Autism and Attention-Deficit Disorders) can be observed as ‘oppositional’ or ‘behavioural’. It is therefore important that what is trying to be communicated through the behaviour is understood, as this is ultimately in the child’s best interest.

Behaviour as something that is learned

The theory that much of our behaviour is learnt and can thus be un-learned comes from the work of B.F. Skinner (1904-1990) and John Watson (1978-1958) in the field of behavioural psychology and Social-leaning Theory (Bandura, born 1925). There are other theories in literature (e.g. Psychodynamic Approach), however, the approach described in this article is behavioural in nature. The theory proposes that if behaviour is occurring it is serving a function or a purpose for the individual and thus through meeting the individual’s need it becomes reinforced. Skinner proposed that if the outcome of an action was positive then the action would be more likely to be repeated than if the outcome of an action was negative. Watson proposed that human beings become ‘conditioned’ through associating a behaviour with its outcome. In order to understand an individual’s behaviour more fully, it is important to do a Functional Analysis.

What exactly is a Functional Analysis?

An antecedent quite simply is what the person experiences before the onset of the behaviour. This can also be referred to as the ‘trigger’. This can often appear as ‘nothing’ and is the most difficult part of the ABC functional analysis. An antecedent can be anything that is in the environment and that is not tangible. This includes sounds, light, taste, texture, heat, smell etc. Any of these can actually trigger a response in people without many of us being aware of it. Often the assistance of an Occupational Therapist can be useful in such instances. An antecedent can also include feelings (e.g. feeling of failure, frustration, confusion etc.). Where feelings and thoughts are involved, a Psychologist or Counsellor can assist in the intervention and therapy process. An antecedent can be something that is ‘added to’ or ‘taken away’ from the environment, thus altering the constant state of the environment as it was. An addition would include an instruction or feedback from another individual such as a teacher/ parent or the addition of something non-tangible such as noise or smell as well as a physical object such as a worksheet or paintbrush. The removal of something could be a worksheet, or a teacher leaving. It could also be the removal of light (the lights are turned off) or the removal of play (the end of a fun outing). Any of these can cause a negative behaviour.

An example of a challenging or negative behaviour could involve a child who is refusing to complete a task. The child may feel that they are not doing as well as they should be doing, or they don’t understand the task. They may respond negatively and behaviourally through crying/ screaming and or escaping for example. If a child can’t express these feelings (verbally) then they may respond through behaviour (nonverbally). They are ultimately trying to communicate something and this may be, for them, the only way they can communicate it. It is therefore important that trained professionals can understand the behaviour in order to effectively intervene and thus reduce and hopefully eradicate negative and challenging behaviours.

Another example of a challenging behaviour would involve a group of children playing, where one lashes out at the other unexpectedly. This could be directly linked to a number of factors and it is only through a thorough functional analysis that the behaviour can be further understood. Lashing out for what appears to be ‘nothing’ could be related to feelings of isolation (not being included in play), confusion and frustration (of not understanding the game), or the environment and one’s place in it (an under-developed ability to understand spatial awareness, or feeling overwhelmed by the noise of the play).  The behaviour can only be understood if the antecedent is identified.

If behaviour is understood to be a method of communicating, then for behaviour to continue to be presented, the need would need to have been met. Thus the Consequence part of the ABC is very important in terms of understanding why the behaviour is being ‘reinforced’ and repeatedly presented.  The teacher/ parent/ peer may be responding in exactly the way the child wants them to and thus ultimately ‘reinforcing’ the negative behaviour. A ‘time-out’ for example, for a child who is sensory overwhelmed by the noise of the class, or for a child who feels insecure about their ability to complete a task would be like a ‘reward’. If their need was to escape the environment, then in sending them to time-out, we could be teaching them that next time they want to escape a difficult task then they can hit their peer beside them. If we are able to identify this need to escape and the antecedent that is causing it, we can ensure that we intervene correctly. We can ensure that they complete the task and develop feelings of competence and a positive self-esteem through Play Therapy, or that they learn to identify and communicate when they need a sensory break through the assistance of Occupational Therapy.

The ABC model is therefore a useful model to work with when understanding and managing negative behaviour. It can be used by parents and educators, however, is most effectively used by trained professionals. It is primarily a child-centred approach and has the child’s best interests at heart.